It's a tricky word to pronounce isn't it? You might even think you've been saying it right all along only to find out you were waaaay off.

That's what happened with me! I was pronouncing it as it looks Qi Gong but I embarrassingly found out later that's not even close when trying to chat to a Chinese colleague about it!

Qi Gong, or Qigong, is an ancient Chinese martial art and healing practice commonly compared to Yoga and Tai Chi.

The practice is also sometimes referred to as Chi Gung or Chi Kung.

‘Qi Gong’ translates into English as ‘energy work,’ which is a fairly accurate summary of what the practice entails.

In brief, Qi Gong refers to sequences of mindful, bodily movements that reflect the channeling of energy through the physical form.

The art of Qi Gong is practiced for its spiritual and physical health benefits, and it’s becoming increasingly popular in the Western world.

However, many English speakers still struggle to pronounce the term correctly.

Today, we’ll be breaking down ‘Qi Gong’ into its phonetic components to help you get to grips with the correct pronunciation.

How to Correctly Pronounce Qi Gong

In order to understand how to correctly pronounce Qi Gong, it is necessary to lay the groundwork with a few basic rules of Chinese pronunciation.

Learning these rules will not only help you to refer to this ancient practice in the correct way but will also assist you in further Chinese linguistic endeavors.

The Way of Qigong: The Art and Science of Chinese Energy Healing
Check Latest Price

How to Pronounce ‘Qi’

Let’s start at the beginning with the word ‘Qi.’

Therefore, there is an instinct to pronounce ‘Qi’ as ‘kwi.’

However, the ‘Q’ pronunciation in Chinese has no direct equivalent in English.

The closest descriptor of the correct phonetics would be a ‘ts’ sound.

To make this sound, bring the tip of your tongue to the roof of your mouth right behind your teeth.

Then, drop your tongue as you pronounce the ‘t’ sound.

This should produce a slight hissing sound following the ‘t.’

Now we come to our second letter, which is the ‘i’.

It’s important to note at this point that, when.

When Qi Gong is written down using English spelling, the accents placed for emphasis in the Chinese spelling are forsaken.

As you can see, accents are marked on the vowels.

We can find examples of ‘i’ being pronounced this way in the English language: for example, in the word ‘quiche.’

Therefore, the correct pronunciation of ‘Qi’ in Chinese is ‘tsee.’ 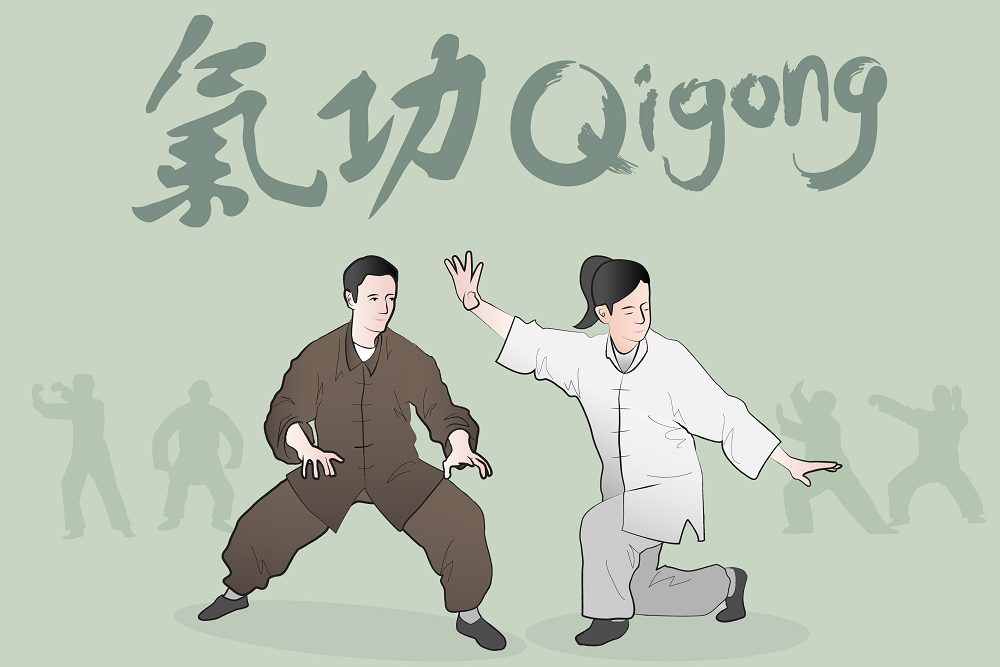 How to Pronounce ‘Gong’

Next, we have the second part of our phrase, which is ‘Gong.’

Again, there is an instinct for English speakers to pronounce this word incorrectly in Chinese because this spelling also fits a word in the English language (as in, the percussive instrument).

However, because ‘Gong’ in Chinese is phonetically spelled ‘Gōng,’ the correct pronunciation is ‘gung.’

For maximum accuracy, articulation of the ‘g’ at the end should be muted.

The Way of Qigong: The Art and Science of Chinese Energy Healing
Check Latest Price
SaleBestseller No. 3

How to Pronounce ‘Qi Gong’

Now that we’ve covered how to pronounce both halves of the phrase ‘Qi Gong,’ it’s time to bring it all together.