Tai Chi is a Chinese form of martial art, which is natural for anyone to wonder…

Is there is a Japanese version of Tai Chi?

Yes, Aikido which is Japanese is considered to have close similarities with Tai Chi.

What are Some of the Similarities between Tai Chi and Akido?

Both share many common concepts and can be said to be internal forms of martial art, which focus on cultivating Ki.

By nature, Tai Chi is practiced solo but Aikido has to be done in pairs in most cases.

At the highest level, the two martial arts are considered to be similar.

I have practiced Tai Chi for many years, and what has come out so strongly is the role posture plays.

That’s in terms of how you walk and the time you take to breathe and relax.

Aikido is about learning calmness as you get into motion.

One of the reasons I love it is its secret to internal power. In Aikido, the Ki is used to heal.

Some of the similarities I have noticed, include swift movements and the stress laid on efficiency. The techniques are mainly focused on blocking and pulling, as opposed to Tai Chi’s striking and pushing.

I have also realised that Aikido has the same philosophies and fighting styles like those of Tai Chi.

The emphasis of this martial art is on the development of mental health, as well as, character. 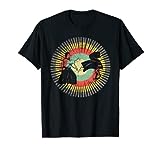 There are several blending exercises used in Aikido. These are incorporated to help you understand how to move and respond to the energy around you.

It is something that is also common in Tai Chi in exercises such as push hands.

While many people think of Tai Chi as a practice for old people, it is a serious martial art that has to be practiced over many years to master.

Aikido also takes time for one to completely master.

With Aikido, I have learnt to build harmony with my body, mind and my surroundings.

The graceful and intricate techniques that are magnified by smooth movements make it quite interesting.

Are there Differences Between Tai Chi and Akido?

Yes. You will find notable differences between the two if you have at some point practiced Tai Chi.

Tai Chi, for instance, focuses more on relaxation and meditation while Aikido emphasises self-defence, seeking to create harmony with the energy that surrounds you.

Also, Aikido has several grappling techniques, which include rolling on the ground.

In Tai Chi, most of the techniques are done while standing up.

The other notable difference between the two is that in Aikido, you will engage in a lot of tumbling.

Before practicing Aikido, however, you must have some physical capabilities.

Well, there are many martial arts out there, most of which I have taken the time to learn.

One of the reasons I fell in love with Aikido is its capacity tohelp me develop my instincts and awareness.

This has largely helped me stay aware of my surroundings to avoid harm.

Afterall, isn’t it important to protect yourself at all times, especially with kids in the picture?

Should you be wondering if there is a Japanese version of Tai Chi, the answer is yes – Akido is similar to Tai Chi.

If you are looking for something interesting and new, try Aikido.