Chi energy, also known as Qi, and in western culture as Chakra, is a form of energy that is identified in traditional Chinese medicine.

Chi is expected to be present in all objects and beings, so with the right practice could potentially move an object.

The earliest references to the concept of Chi was from the beginning of Chinese philosophy around 5th century BCE.

The origins of Chi are based in science, it is a way of contextualising and understanding a world prior to scientific technology.

The simplest way to understand this is that you can be heated by a fire even if you are far away from it.

In the pre-scientific age the concept of energy was easily explained in the Eastern world with the idea of Chi and has translated into many Western philosophical ideas.

Chi, like any concept of energy, cannot be generated, eliminated, or passed on. Chi is constantly changing and spreading and evolving into new things.

Can You Move Objects Using Chi?

It has been said that those who have mastered the Chi in their own bodies as well as having the ability to understand it within others can potentially have the ability to move objects with their own Chi.

This idea comes from the concept that Chi is literally in everything, including objects. As mentioned, some seasoned practitioners believe they can balance Chi with movement.

So if you subscribe to this concept the idea of moving Chi within other objects isn’t that far fetched if you can move Chi around another person’s body.

How To Use Chi Energy To Move Objects?

In order to use Chi energy to move objects you need to be a master of Tai Chi or Qi Gong or a related martial art that involves the mastery of Chi.

In order to move an object you need to understand that what is happening is that you are moving Chi, rather than using your own Chi to displace an object (is this Chi manipulation?).

In other words, you are actually controlling the Chi in another object, like you would for medical purposes in another person to relieve displaced Chi.

In order to control the Chi within another object or person you have to be really sensitive to Chi energy.

This means that you need to actually be able to feel and locate the energy and understand it, if you have a great understanding of Chi already this will help.

In order to move the object you need to find a way of moving the energy within the object.

There’s no energy balls like Naruto, moving objects is simply a result of Chi mastery and understanding the nature of Chi.

Once you understand how to move and control Chi energy in this way then you can potentially move the object as you move around the energy that exists within it.

This requires some serious balance of Chi in your own mind and body, so it is suggested that you meditate a large amount before trying this in order to hone the Chi energy in your own body and guarantee balance within yourself (you can also try to Use Chi Energy To Make Fire) 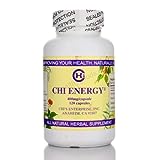 What Is Chi Energy Movement?

When translated directly into English Chi means ‘energy’ or ‘air’. Chi essentially is the way that Chinese medical practitioners may refer to what we Westerners may call ‘energy’ or ‘life force’.

We receive a degree of ChI from our parents, who may or may not already have strong Chi due to their genetics. In addition we gain Chi throughout our lives.

Other practitioners suggest we only get Chi from the air we breathe and from food and drinks that are high in Chi.

Feng Shui, a popular concept in western interior design, is a traditional method of helping the balance of Chi in your life.

In traditional Chinese medicine, Chi and Qi are actually two different things, while some might confuse them as one.

Chi refers to the energy and physical force that runs through all beings and interconnects us. Some might recognise Chi as the balance between yin and yang.

Qi, the balancing of Chi, is recognised as one of the fundamental principles of both traditional Chinese medicine and Chinese martial arts such as Tai Chi.

It is believed that with balanced Chi energy you can master your own body as well as your environment.

How Is Chi Used In Chinese Medicine To Move Objects Within The Body?

Within hermetic Chinese medicine circles, the various illnesses and ailments that one could collect are believed to be caused by imbalanced ChI, or Chi that has become disrupted or blocked within the body.

Practitioners often use their own mastery of Chi energy to help increase the circulation of Chi around a person’s body with the uses of acupuncture and certain martial arts training such as Tai Chi.

Common treatments for displaced Chi can involve anything from herbology to food therapy.

If you can monitor Chi in someone else’s body like this you could be well on your way to learning how to move Chi with similar practices.

How Is Chi Used In Martial Arts To Move Objects?

While there are many different forms of Tai Chi that seem to argue about the use and existence of the chinese concept of Qi, or Chi, Tai Chi is commonly recognised as the physical art with which we can manage and balance our own chi, including yin and yang.

It is believed that with control of your own body you could control your own chi, as well as potentially others energy.

Tai Chi remains a demonstrable practice that is often showcased, but rarely ever used for the sake of hand to hand combat.

It is practiced across the world for those who want to balance their energy but also don’t want to engage in physical violence.